Providing up to 24 hours care and around-the-clock love to the elderly, ill, and disabled.

For Whom Is Parkinson’s Disease Named?

Aside from Alzheimer’s Disease, Parkinson’s Disease is another prevalent form of dementia. Like its cousins, PD will eventually require home care services in Oakland County, Michigan, in its later stages. This is because the patient will lose nearly all of his or her motor capabilities due to extensive brain damage.

By now, experts and clients of personal care services in Wayne County, Michigan are both aware of how the disease progresses, its manifested symptoms, and how it damages the body. But do we know who discovered the condition and told the medical community about it?

That honor belongs to Dr. James Parkinson. In 1817, the English doctor wrote literature titled “An Essay on the Shaking Palsy.” That document turned out to be a very accurate description of all the symptoms associated with what became known as PD.

The medical community at that time, however, primarily ignored Dr. Parkinson’s findings for the next 60 years. By the 1870s, however, a French physician named Jean-Martin Charcot published another medical literature that also described how the symptoms of Parkinson’s Disease progressed. The neurologist was the first to use the term “Parkinson’s Disease” to honor the English physician’s work.

Both doctors are known considered pioneers in research for Parkinson’s Disease. Without their studies, experts would not be able to educate medical personnel about the disorder. Caregivers providing in-home private duty care in Southfield, Michigan, for instance, will not know what to expect when taking care of clients afflicted with Parkinson’s.

If you need the help of a home care agency in Southfield, Michigan, don’t hesitate to contact us at Heaven Sent Home Support Services LLC. We’ll even do a free assessment to determine your needs for you. 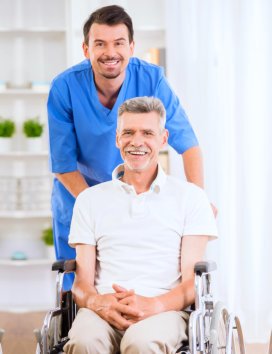